Porto have confirmed the deal to sell midfielder Fabio Vieira to Arsenal for £34m, including add-ons.

Vieira won the player of the tournament award at last year’s European Under-21 Championship.

Vieira will add further creative talent to the Arsenal ranks as the highly rated midfielder has provided a league-high 14 assists in the 2021/22 First League campaign.

“The club informs the market that it has reached an agreement with Arsenal FC for the permanent signing of Fabio Vieira for an amount of 40 million euros,” read a Porto statement.

Arsenal have yet to announce the signing, but it was understood that Vieira was in north London on Thursday for a medical.

Mikel Arteta is expected to continue to push for more summer recruits at Arsenal, with Manchester City’s Gabriel Jesus heavily linked to a move at the Emirates Stadium and Leicester’s Youri Tielemans another target.

Vieira scored six league goals for Porto in 15 starts last season and has scored 13 goals in 21 appearances for the Portugal Under-21s.

We are talking about a player who plays on the right wing and uses his game to move from the wing to the middle. But he can easily play in other places like the left flank and as an attacking midfielder, a number 10, since he is not that fast. But he has a lot of flexibility with the ball and very good positioning also without the ball.

A lot of people in England might be wondering why Arsenal are paying such money for a player who wasn’t always in Porto’s XI, but if you look at the numbers, they don’t lie: he made 39 appearances for Porto last season, scoring seven goals. . and 16 assists.

If you look at the goals he scored, they were all in big games. He scored against Sporting, champions of the previous season, and against Benfica, Porto’s other great rival. And the time he was on the pitch, he was putting in great performances, even in the Champions League as well.

What can Arsenal expect from Vieira? 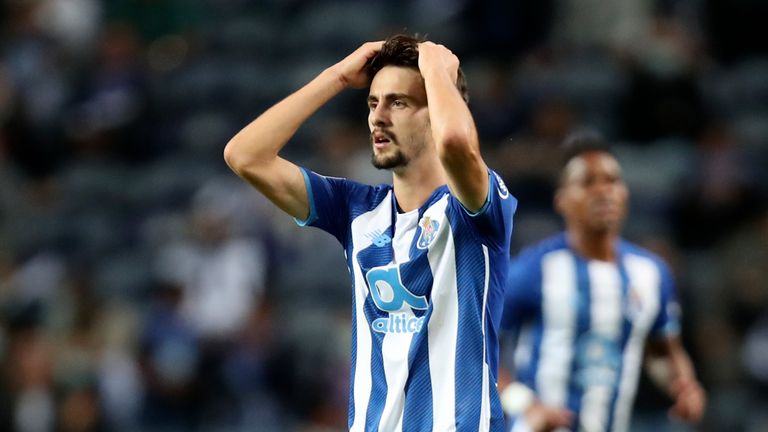 He is highly rated and this can be seen as a really exciting move in the transfer window for Mikel Arteta.

He is 22 years old, very good technically, so he fits into the mold of Arsenal players. He has a great movement, a lot of grace with the ball, he wants to get on it.

He really plays like a number 8, he has played outside as a winger or as a false nine, but playing in midfield is where he is best.

A Premier League recruiting scout described him to me as a lovely footballer, someone who was great to look at and would love to have by your side.

Six goals in 15 starts for Porto this season, 13 goals in 21 games for the Portugal Under-21s: that tells you everything you need to know about the kind of midfielder he is.

Would signing Jesus and Vieira give Arsenal an advantage in the CL battle?

“I think it’s too early to say it would give them the advantage as there is a long way to go in the transfer window and Arsenal have to catch up. It won’t be easy next season as they will be in the Europa League. “.

“The Thursday-Sunday schedule has a negative impact on domestic performance, so it will be difficult for Arsenal to close the gap.

“If you’re going to do that, you should be encouraged by the club getting their business done early. Tackling a big area up front by signing Gabriel Jesus is a positive step.”

“His goals-to-expected-goals ratio is one of the weakest in the Premier League since he arrived, but his scoring has been prolific. He has more than a goal every two games, so his productivity has been very high.”

“Arsenal have been crying out for someone to be at the end of those opportunities constantly. It was the only thing missing last season.

“Fabio Vieira is a different case because he plays in an area where the team already has a lot of creative players.

“He can fit in midfield, but if you look at what Mikel Arteta said when he took over, it goes back to an era when Arsenal had a lot of these types of players.

“It is a strength and it is a position that Arteta has wanted Arsenal to have since he arrived. The idea that he is building towards the team he wants is reinforced by these transfers.”

The Gunners’ first North London derby will take place at the Emirates Stadium on October 1, while the second leg at Tottenham Hotspur Stadium is early in the new year on January 14.